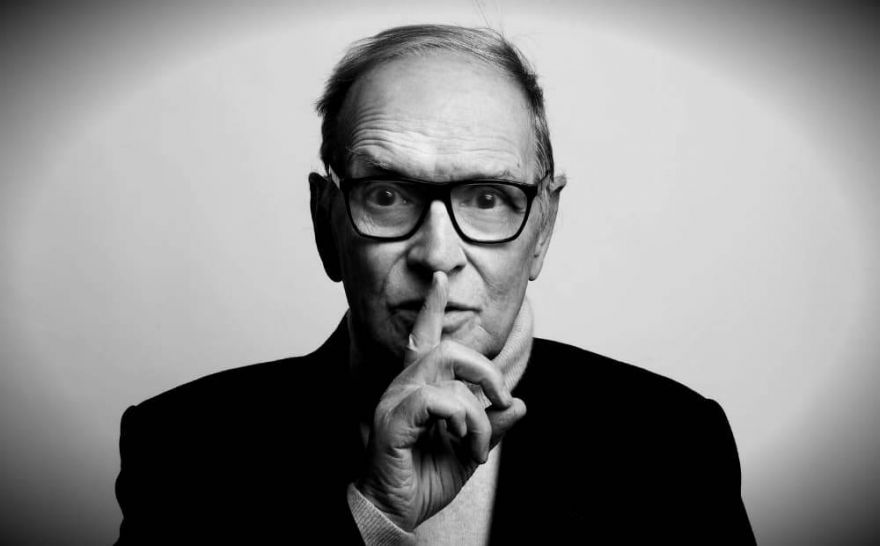 A special event to celebrate Ennio Morricone.
The show with live music and film projections was created to celebrate the 90th birthday of Maestro in 2018, and now it becomes a souvenir and tribute the most celebrated Italian composer of our century.

Giuseppe Nova with his golden flute and Luigi Giachino, pianist and also author of the transcriptions, will make us relive some of the soundtracks that have made the history of cinema. The concert will have the special participation of Sang Eun Kim, with the vocalizations that made famous some of the Morricone's melodies. The musics are proposed in a concert form and collected in a special CD released together with La Stampa - one of the main Italian newspaper - on fall 2018 for Morricone’s birthday.
The first copy of the CD was given by the artists directly to Maestro, together with a special Lifetime Achievement Award, part of a project that involved other organizations, like Piedmont Region and International Alba White Truffle Fair.

Alba Film Festival created the cinematographic projections, wich are part of the show. An accurate and bright editing makes each track not a generic clip, but rather a short version of the entire film.

The concert is based on a series of coherent steps in Morricone’s extraordinary musical life, through accurate transcriptions of pieces, carefully selected by importance, artistic value and adaptability to the instruments. The listener is taken by the arm and led into the fascinating world of Maestro Morricone. Thanks to music, the movies that have accompanied the last forty years of our lives come to our mind.

Musical soundtracks gave cinema a fundamental artistic contribution: music can say the unspoken, express ideas and the inner life of the characters, prefigure or call to mind a fact, a place, a person. Music - as Pier Paolo Pasolini said - allows cinema, more deeply than recent technologies, to conquest the third dimension.

Contacts
This email address is being protected from spambots. You need JavaScript enabled to view it.